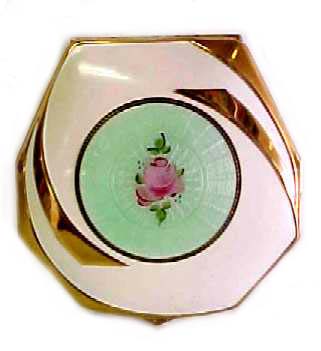 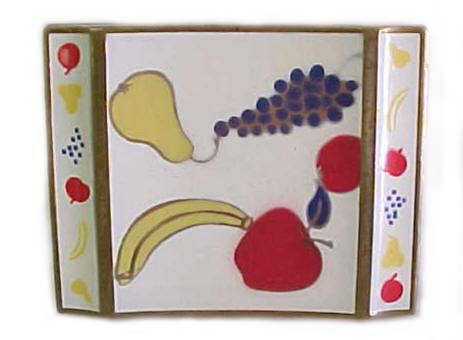 Fall's social calendar-theatre season, lecture circuits, even holiday parties- give women cause to bring out the fancy dressware packed away last spring.

Today more than every, that fancy dress includes vintage. Everything old is new again, with styles from the 20s-60s gracing modern swing dancers and partygoers. And carried with them are the requisite vintage accessories bakelite bangles, lucite purses, and the glittering makeup cases and compacts of yesteryear.

It wasn't always so. Only 'hussies' openly used cosmetics until WWI, when women were suddenly called on to replace men in the workforce. Short coffee breaks and bright institutional lighting made on-the-go makeup a necessary convenience.

Compacts from the early teens were discreet and small. Prozonni's "Boodle Boxes" concealed rouge, chamois and powder in an oval case that slipped easily into a purse, setting the style for decades to come. Compacts which were like lapel watches or lockets (including the watchmaker Elgin-American's line) provided simple foils for newly painted ladies.

By 1920, major designers like Cartier introduced ornate compacts with mirrored lids and loose powder. Their acceptance by society women, plus Hollywood's visibly made up starlets, set off a compact boom among America's new generation of flappers.

Commercial compacts (pre-filled with the sponsor's product) made Coty, Yardley, and Bourjois famous. Whiting & Davis, Volupte and Stratton made only the decorative cases, to be filled with the user's choice of powder or rouge. Styles followed design trends: the Oriental and Egyptian revivals of 1923 gave way to flowing nymphs in the late '20s and streamlined geometrics in the '30s. Borders incised in gold, silver or chrome surrounded printed garden scenes, spiraling enamel paint and woven fabric designs.

By the '30s, women owned an average of 8 compacts each, and Sears' catalogue boasted many designs. Famous paintings and cartoon characters like Popeye, Mickey and Minney mouse populated their lids. Scarlett O'Hara even graced a 1939 Gone with the Wind version by Volupte. Prices ranged from 20 cents to over $1 for Elgin-American's cloisonne creations.

War restrictions on metal and petroleum threatened to reduce compacts to merely functional items; but some interesting patriotic designs came out of the '40s. After the war, firms like Arthur Murray Dance Studios gave them as premiums, and they were designs as parts of watches, music boxes, and even canes. Costume jewelers and handbag makers designed them to coordinate as parts of accessory sets. Compacts which held removable lipstick applicators along with the usual rouge/powder/mascara pots became the ultimate in flashy utility.

By the 1960s, the groovy pop-art and op-art compacts sported by style mavens were becoming the exception, losing ground to a plethora of cheap plastic throwaway versions. Soon, the golden age of compacts came to a close.

But today, compact collecting is more popular than ever, especially since major stores like the Bon Marche and Meier and Frank will now refill old compacts and lipsticks with new product.  Prices range from $10-$20 for common 1950s examples to well over $100 for some of the novelty and early pieces. Jeweled or precious metal cases and character lids can go for far more still. Yet compact collecting is a relative bargain, considering the techniques, materials and handwork that went into a lot of the early pieces would be costly to replicate now- if it were possible to do at all. Condition is of prime importance, as missing puffs, dents, repaired hinges, scratches, and damaged finishes decrease utility and value.

Compacts offer collectors an endless variety of fashion statements that take little space in a purse or on a boudoir stand. Best of all, you're likely to find a good selection from which to choose in any large antique mall. -George Higby 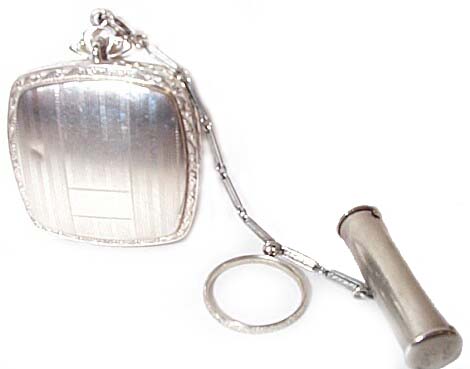 Shop for Compacts and 15,500 other antiques on our website: